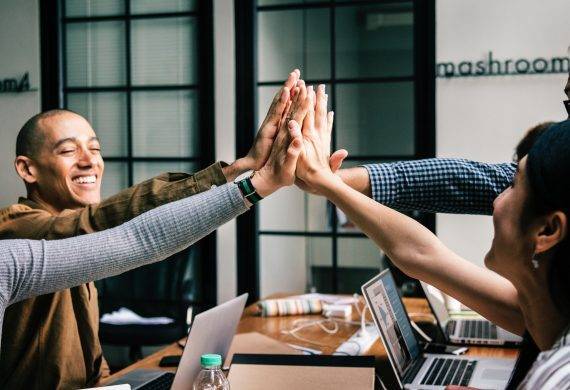 Statistics released today by the Office of National Statistics (ONS) reveal the UK employment rate is at a record high.

The programme currently supports over 450 people living across Stafford and South Staffordshire and has the capacity to support hundreds more.

Jointly funded by The National Lottery Community Fund and European Social Fund, the programme is completely free for participants, allowing them to focus 100% on improving their personal, financial and employability skills one step at a time.

There are many reasons why people are not currently working, including; health reasons, childcare issues, financial restrictions, losing benefits, a lack of self-esteem or confidence, no access to transport or suitable clothing for interviews, out-of-date CV.  The list really is endless and often overwhelming.

Through a range of one-to-one support and tailored training Building Better Opportunities Stafford & South Staffordshire works with participants to boost their confidence, wellbeing and encourage a financially stable future.

Commenting on today’s labour market figures, ONS senior statistician Matt Hughes said: “The employment rate has reached a new record high while the proportion of people who are neither working nor looking for a job – the so-called ‘economic inactivity rate’– is at a new record low. The unemployment rate has also fallen below 4% for the first time since early 1975.”

To find out more about Building Better Opportunities Stafford & South Staffordshire, simply complete the green form at the bottom of this page and we’ll be in touch or call 01902 696 228.

Apply now!
Apply now for help and support with training, employment support, career coaching, health and wellbeing support, job searches and more. Once we've received your application one of our friendly team will be in touch to book an initial appointment